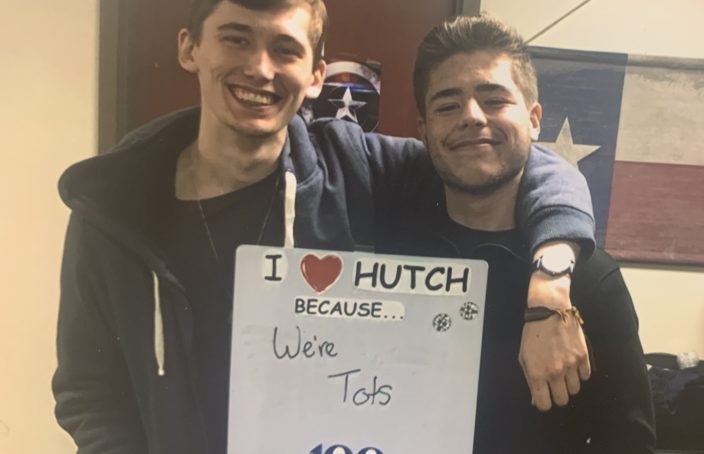 This story warmed my heart!

When I first arrived at JBU, there was a lot to prioritize, and I hadn’t given much thought to the struggles of adapting, particularly to new relationships.

At first, I didn’t expect that my best friends would be found in my suite mates. I lived in Hutchinson Hall, which can be seen as the dullest of the halls, and I was just not excited about the people I would soon be living with.

When I met my roommate, we were both shy at first, and that went for the rest of my suitemates as well. However, our RA, Scott Lightbourn, was far from shy. He drove us to Pour Jons (the local coffee shop), invited us to his dorm and allowed us to make jokes at his expense.

Every one of us in the suite bonded over humorous experiences with Scott, even shouting his name multiple times during an important meeting. We eventually named our end suite “Scott’s Tots,” a reference to Scott and an episode of “The Office.”

As a suite, we have stolen each other’s cars, poured ramen noodles into backpacks, and one of us has even been tricked into eating another’s callus.

Scott was instrumental in bringing us together as a suite and has led to invaluable relationships.

Of course, sometimes we get on each other’s nerves, take pranks too far, and eat each other’s food, but at the end of the day, each one of us would do anything for the other.

I remember one time after my night class. It was freezing cold outside and I then got a text message from my suitemate Aaron saying, “I am coming to pick you up.” When I asked, “why?” he said, “because it’s cold outside.”

I could have walked to my dorm and probably survived, but I have a friend that was willing to drive to pick me up, so I wouldn’t be cold.

Community was not something I thought was important when I arrived at JBU, but I have realized that no academic goal could replace the value of the friendships that I have made. As we become closer as a suite, I have realized that if it wasn’t for people like Scott, who have a passion for bringing people together, I would never know the feeling of walking into my dorm discovering soap poured on my bed and hearing my suitemates laugh like toddlers.