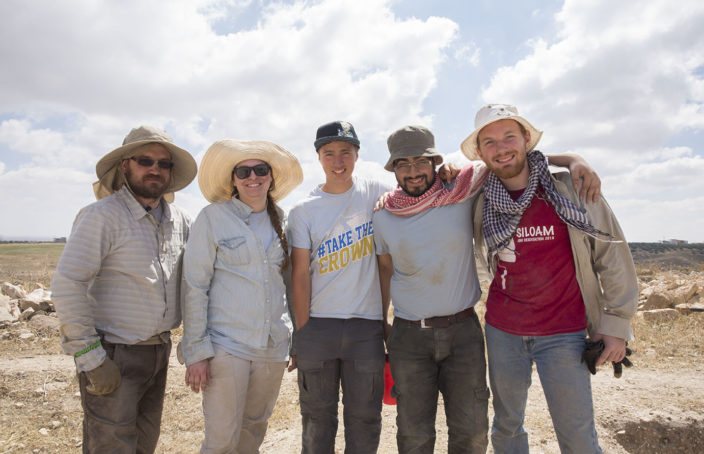 Abagaile graduated JBU in December 2017 with a bachelor's degree in Biology and an associate’s degree in History. She’s from Lincoln, Arkansas and currently works as a lab technician in a food quality lab. She leads praise and worship on the weekends at Golgotha Biker Church. She hopes to be accepted into the Anthropology grad program in the future at the University of Arkansas.

Good enjoy history. I like this style so much.

“You know, I never thought I’d lick a bone.” This was all I heard the first few days at the dig site. Many people expressed the same thought, while I silently disagreed; somehow, I knew that someday, somewhere I would be licking a bone.

“Why in the world are you licking bones at Abila?” you might ask.

Well, if a bone sticks to your tongue, it’s over 500 years old. In archaeology, that can give you a pretty good idea of when the area you are digging in was occupied by someone or something.

For someone who has been interested in fossils, mummies, and licking bones in general for over a decade, licking bones is perfectly acceptable. In fact, it’s not even unpleasant; there’s no texture or taste unless you accidentally lick an area covered with dirt. Don’t do that.

But still, you might ask me, “Why or how are you okay with licking bones?” 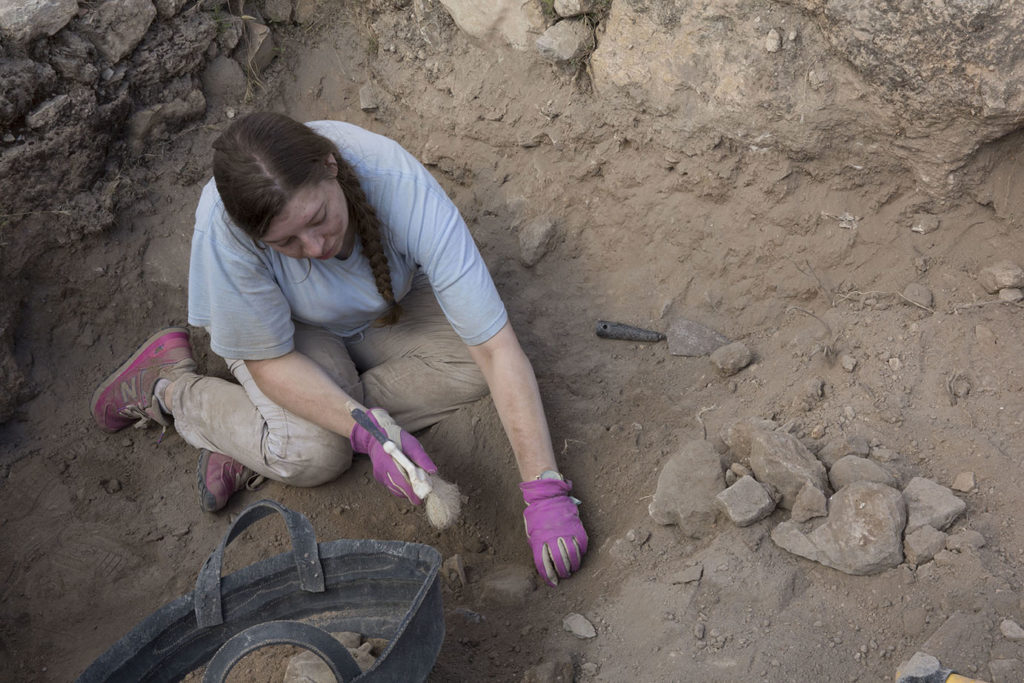 My morbid interests are more than just hobbies. I hope to make a career out of them. Unlike many of the students on the trip, I graduated from John Brown University in December 2017 with a bachelor’s degree in Biology and an associate’s degree in History. Weird combination, I know. My ultimate goal is to attend grad school and earn a master’s degree in Anthropology with a heavy emphasis in Archaeology. My dream job is uncovering ancient burials.

Call me weird, macabre, or unnatural. My parents do, and I’m perfectly okay with that. I have to explain to them that I don’t want to be an undertaker. I’m more interested in the body after it’s been buried. Big difference.

At Abila, I’ve been lucky enough to work under Dr. Susan Ellis, pottery and bone expert. Basically, my hero. Her dig area has also been known for discovering burials—my dream come true. Fate has assigned me to this mysterious area and this wise sage.

Dr. Susan encourages us to lick bones and pottery. How else are we supposed to tell the age and ware? Those archaeologists who find nice pieces are also encouraged to keep them after they have been assessed by Dr. Susan in pottery reading. More than once, I have squatted over a pail of discarded pottery or bones and dug through to find a specific handle or the jaw bone of a pig. I recommend washing your hands after a dig through the bone pile, though. Bone dust is real.

Although we have yet to come across human remains in my square, we have discovered quite a few interesting bones. Some have been small and perfect. Others have been huge and half complete. In fact, just the other day we found a large bone in the middle of my square. My anatomy class never covered the leg bones of a camel, but that’s the only animal I could think of as I slowly uncovered the strange, yellow bone. It was the highlight of my day.

Other finds are always interesting as well, even if it’s just a stone that Mother Nature formed into a perfectly round sphere. My excitement over them is so real that, even after I threw up from heat exhaustion, I still had to tell Dr. Susan about the basalt grind stone foot we found earlier that morning.

“A woman who still talks about her archaeological finds after being sick is a woman after my own heart,” Dr. Susan responded. After she called someone to take me back to camp, that is. 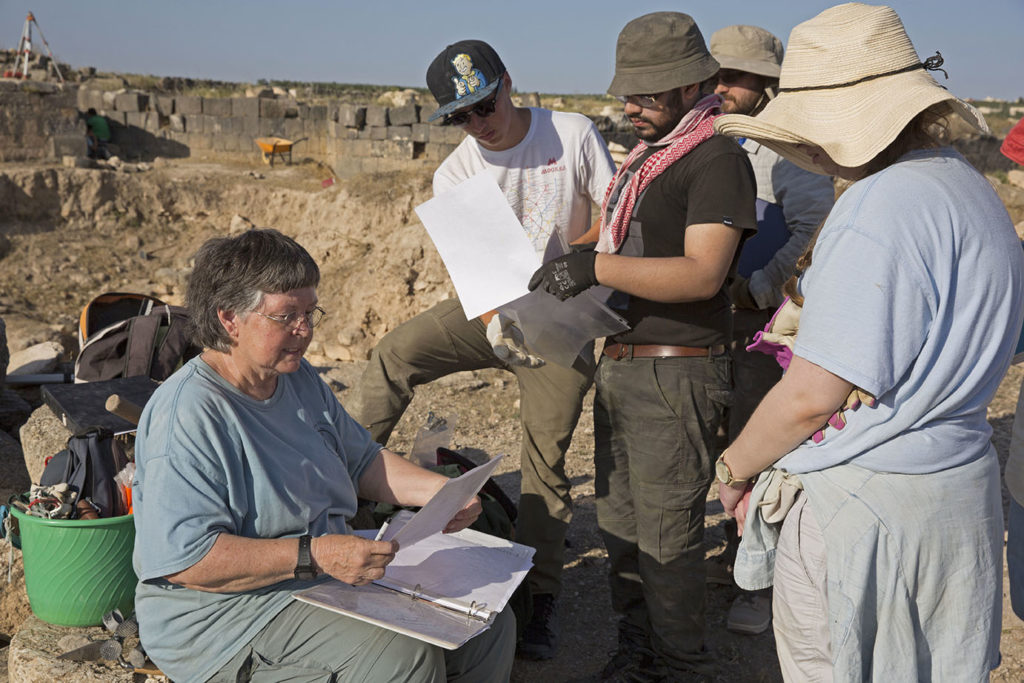 Despite the heat exhaustion, excavating at Abila has been a dream come true. Even as a child, I enjoyed digging in the dirt. Uncovering artifacts from thousands of years ago is just a bonus. Not only have I gotten to experience a bit of the field I hope to work in, but I have also gotten to meet so many dedicated people with whom I hope to continue working in the future. Abila will always have a place in my heart, as will those archaeologists with whom I have worked alongside.

With only one week left on the dig site, maybe I can still convince the others to get matching motorcycle jackets with “Bone Lickers” on the back.

Abagaile graduated JBU in December 2017 with a bachelor's degree in Biology and an associate’s degree in History. She’s from Lincoln, Arkansas and currently works as a lab technician in a food quality lab. She leads praise and worship on the weekends at Golgotha Biker Church. She hopes to be accepted into the Anthropology grad program in the future at the University of Arkansas.