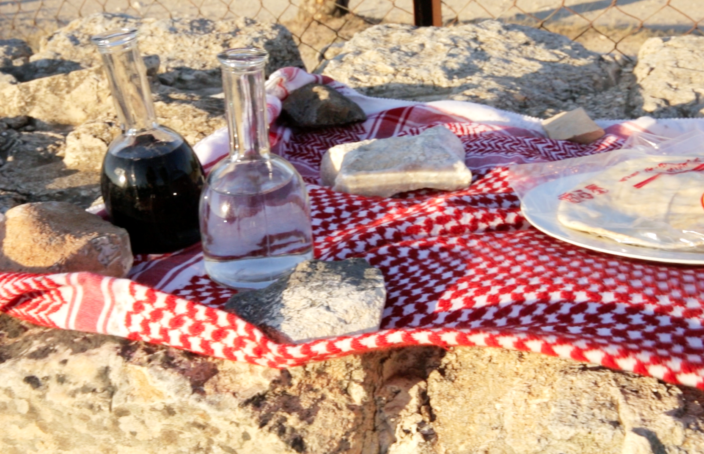 Josh is a 2017 JBU alum. He graduated with a Bachelor’s degree in Bible and Theology and is preparing to go to seminary this fall. More of Josh’s thoughts can be found at https://joshsjesusthoughts.wordpress.com.

Forty kilometers from raging conflict, bombings, and displaced people in Syria, peace that surpassed all understanding settled in my soul as our excavation team worshipped Christ at an ancient Byzantine church in Abila, Jordan.

I came on the Jordan Studies trip two years ago as a Bible and Theology student. This season, I was asked to serve as the camp manager and assistant chaplain, now as a JBU alum. At the time I accepted the position, I was unaware that I would be given the opportunity to preach at one of our Vespers services, let alone preach at the final service, which is always held at the Byzantine church known as “Area D.” Excavation was finished in Area D in previous seasons, and now the area consists of rows of resurrected pillars, mosaic floors protected under a foot of dirt, and an apse where the Lord’s Supper was traditionally celebrated. 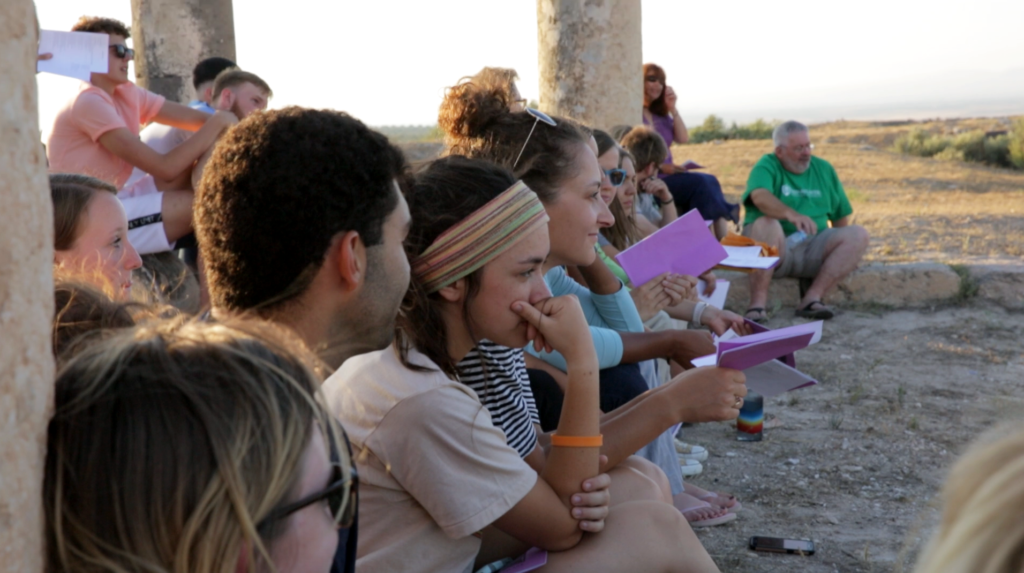 Many emotions ran through my mind during the service. Before we began, the priest, JBU alum Peter Helman, invited us to reflect on the fact that, over the past weeks, tensions across the border in Syria had escalated. Hundreds of thousands of people have fled from violence. From where we sat in the church, I could see that wartorn land across Yarmouk River Valley. My heart longed for the Syrian families that live there to experience the same peace and safety I had in Jordan.

As we moved through the service, the time for the sermon came. I stood up and proclaimed the truth of Christ in my message, standing in the same spot at which the Gospel had been preached for the past 1200 years. It was a special experience, one in which I didn’t feel worthy to participate. That is the beauty of the Gospel, though: people participating in something in which they are so unworthy of participating. 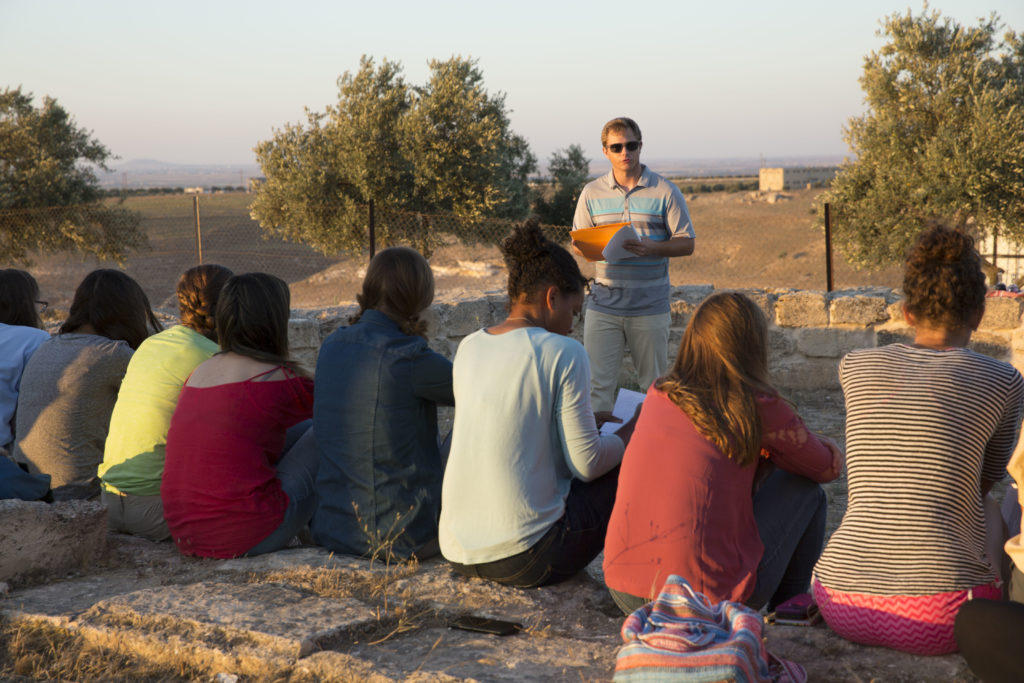 After I preached, we sang an ancient hymn known as the “Trisagion,” a popular song that Christians living in Abila 1200 years ago would have undoubtedly sung in this very church. As we sang, I felt a profound connection to those ancient Christians, both in the words proclaimed and the joy felt. 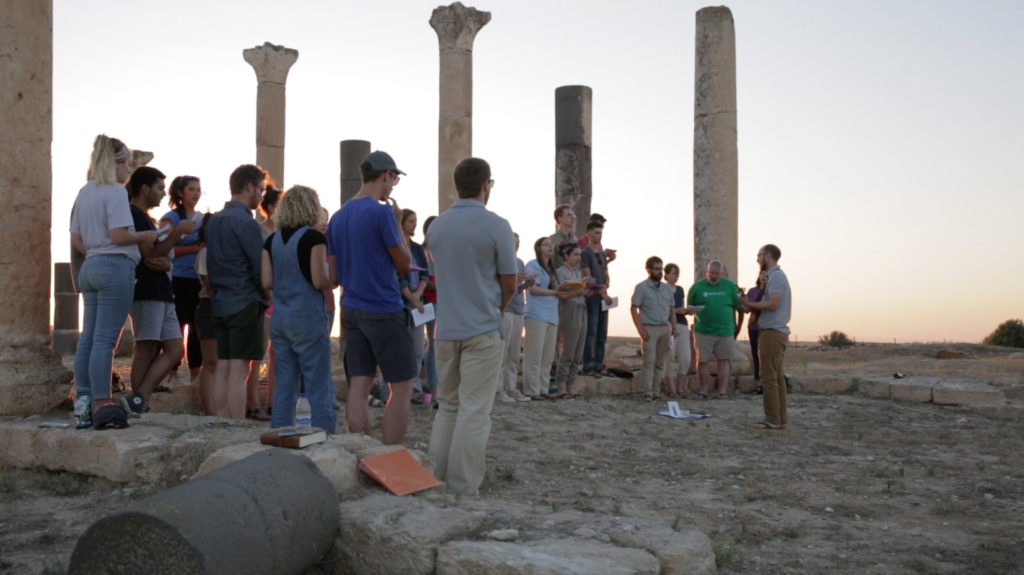 Lastly, we took the Lord’s Supper together. Everyone gathered in the front of the church near the apse, the place where ancient Christians ate and drank the same meal. As I looked over the valley and took the bread and wine, I remembered that Christ is the one who deeply desires reconciliation in this world. My soul felt nourished, and I prayed that the people living across the Syrian border might one day have the same joy and peace.

The service concluded, and we were shuttled back to our camp, knowing we’d be back again at 5 a.m. sharp to continue uncovering ancient ruins. Hopefully, these very structures we’re excavating will be spaces in which students like me will continue wrestling with difficult questions and having transformative experiences for years to come.

Josh is a 2017 JBU alum. He graduated with a Bachelor’s degree in Bible and Theology and is preparing to go to seminary this fall. More of Josh’s thoughts can be found at https://joshsjesusthoughts.wordpress.com.