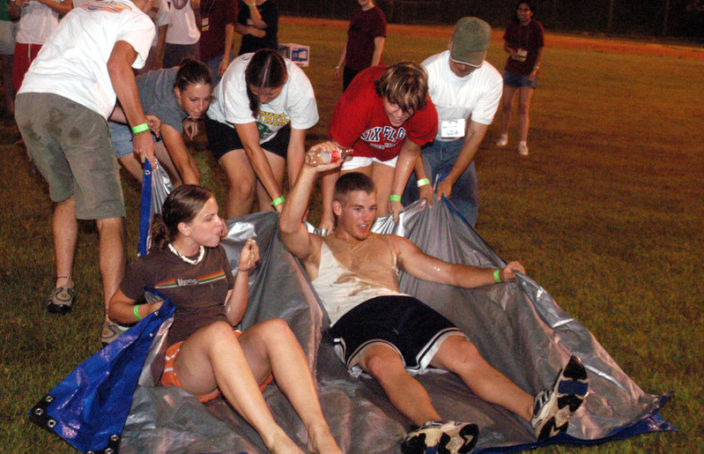 “I don’t know how we met,” I say, looking at one of my best friends. We’re en route to our dorm, walking together after a meal in the cafeteria.

There’s a slight pause and then Hannah responds, “Yeah, I have no idea. It was during orientation at some point.”

Ah, yes. Orientation week. I have some very distinct memories of orientation week—sitting in one of the art buildings figuring out my schedule, walking the longest possible way to Hutch in order to buy a book, sitting with my O-group under a tree, and somehow finding and hanging out with the girls who are some of my best friends now.

But there’s a lot of it that’s a blur, too. I met most of my friends during orientation, but I couldn’t tell you when or how.

O-week is awesome and terrible and everything all at once. It’s exciting and scary—you’re meeting fifteen million people (it feels like), you learn zero names, and, ultimately, have no idea what exactly is going on–but you’re having a great time!

Choose to go to as many of the events as you can make yourself attend. If you’re a more introverted person (like me) this can feel hard and be draining, but I pushed through it and never regretted going to everything I could.

Take advantage of O-week. Dance like a crazy person before “Big Games” (a camp-esque competition for all the Freshmen), talk to as many people as possible (try to remember their names, unlike me), stay up late (you can sleep when you’re dead, right?), have fun and be yourself!

As age, work, business and responsibilities catch up with you, it becomes more and more difficult to find friends. O-week is so much fun because everyone is literally becoming friends with everyone else. There will be time later to narrow down the people you really want to invest in, but there may not be another such opportunity to get to know so many other people.